Architects, artists, filmmakers and fiction writers have long been inspired to imagine cities of the future, but their speculative visions tend to be seen very differently from scientific predictions: flights of fancy on the one hand versus practical reasoning on the other. Challenging this opposition, Future Cities teases out the links between speculation and practice, exploring a breathtaking range of imagined cities – submerged, floating, flying, vertical, underground, ruined and salvaged. In the Netherlands, prototype floating cities are already being built; Dubai’s recent skyscrapers resemble those of science-fiction cities of the past; while makeshift settlements built by the urban poor in the developing world are already like the dystopian cities of cyberpunk. Bringing together architecture, fiction, film and art, the book re-connects the imaginary city with the real – proposing a future for humanity that is already grounded in the present and in creative practices of many kinds.

The launch will feature a panel including myself, publisher Vivian Constantinopolous, and writer Darran Anderson. The discussion will be chaired by Peg Rawes (The Bartlett School of Architecture, UCL) and will be followed by a reception.

This is a free, non-ticketed event, so please come early if you want to be guaranteed a seat!

Together with UCL Urban Laboratory and Robin Wilson and Barbara Penner at the Bartlett, I’ve organised a day-long symposium Unmoored Cities: Radical Urban Futures and Climate Catastrophes. I’ll be introducing the event at 10am and chairing the plenary talk by CJ Lim. Here’s the details:

As countless studies have demonstrated, cities are particularly vulnerable to the effects of climate change. Indeed, many of the world’s cities are at risk of becoming ‘unmoored’, whether literally sunk beneath rising sea waters or tidal rivers or forced to relocate entirely. Such possible urban futures challenge our imaginations to think through the physical, social and cultural consequences of climate change; yet, on the whole, the current literature on climate change and cities focuses on the mitigation of rather than adaption to those consequences.

This symposium will redress this by exploring imaginative modes of thinking in relation to future cities and climate change, asking how we might think through radical and utopian possibilities for unmoored cities. How will cities continue to thrive if they are submerged; will they float or even lift off into the air; and what might it mean to move a city? Drawing together speakers from a wide range of disciplines – anthropology, architecture, art, fiction, and geography – this symposium explores multiple urban imaginaries that engage with future cities and climate change. The result will be to challenge and expand the narrow range of possibilities that currently characterise approaches to the subject.

For the complete programme and to book your free place, please visit here:

To celebrate the publication of Global Undergrounds: Exploring Cities Within, I’ll be presenting a 45-minute talk on underground Manchester followed by the launch of the book with some refreshments. To book a ticket for this event, visit: 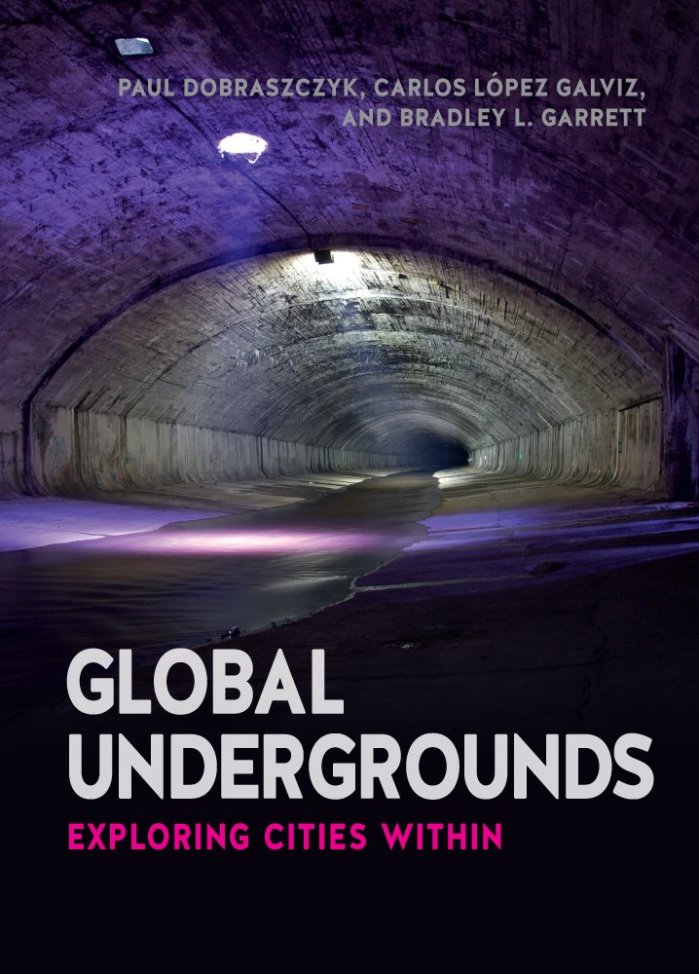 I’ll be speaking on Senate House and the imagination at this event, along with Bradley L. Garrett, Katia  Pizzi, Hilary Geoghegan, Henry Irving and Claire Launchbury.

Charles Holden’s Senate House is best known as home to the WWII Ministry of Information and an inspiration behind George Orwell’s 1984. While many Londoners know its imposing form, few realise that beneath the building lies a network of switch rooms, utility tunnels, and hidden spaces. For one night only, join us in the building’s disused boiler rooms for an evening of talks on ‘urban exploration’. The discussion will feature urban explorer and academic Dr Bradley Garrett, alongside academics from the School of Advanced Study and other UK universities. Wrap up warm, bring a torch, and come ready to join the debate! Limited places. Booking essential.

Find out more at: http://beinghumanfestival.org/event/senate-house-revealed-talking-underground/

I’ll be speaking on Victorian taste at this special evening exploring architectural taste. With contributions from Poet in the City, architect/designer Sam Jacob, curator/writer Anne Massey and Guardian critic Oliver Wainwright and more!

Taste is how we fit ourselves into the world. Whether in art, architecture, literature, music or home furnishings, one’s choices are social signifiers. In 18th century England, Palladian architecture told others about your wealth, class and status, today your phone or what TV show you watch does the same. Taste is free, yet incredibly prescribed, codified and enforced and we are all pushed and pulled by it.

‘Cities of Void’ event, PassengerfilmsI’ll be speaking as a panellist at this event, which includes a screening of The Omega Man (1971) and Oliver Harrison’s short film Apocalypse Rhyme (2014). This screening event focuses on an emerging cultural interest in post-apocalyptic space across literature, film, video gaming and academic scholarship. This growing interest is developed in the light of ever-increasing sea levels and abundant economic disruptions. The two films will be followed by a panel discussion discussing the complex relationship between the human and non-human unfolding in imagined and lived apocalyptic scenarios. This multi-disciplinary panel will consist of Oliver Harrison, myself and Emma Fraser (PhD Researcher working on imaginations of the end of the city, University of Manchester).